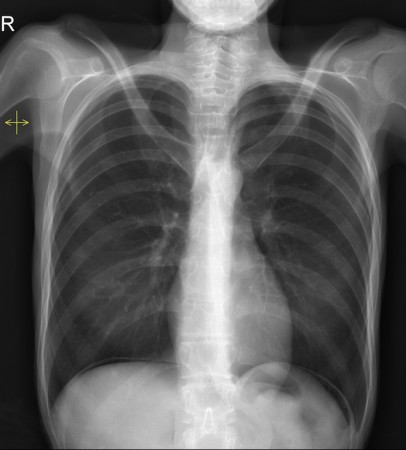 The erect CXR is a very sensitive test for detecting intraperitoneal free gas, and can apparently allow the detection of as little as one millilitre of gas. However, it is vital that the patient sits in the erect position for 15 to 20 minutes before the radiograph is taken, to allow time for the gas to rise under the diaphragms. As the right hemidiaphragm is normally higher than the left, when there is only a small amount of free gas it will often only be visible under the right hemidiaphragm.