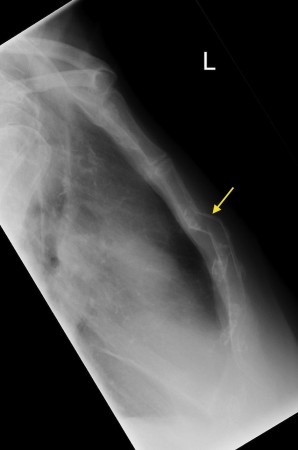 Sternal fracture. These are relatively uncommon injuries. They can be seen in severe direct trauma to the chest, such as in an RTA. Less frequently recognized is the fact that these fractures are often encountered in osteoporotic patients – as in this example, in an 85 year old woman – usually in the setting of kyphosis caused by osteoporotic vertebral fractures, which places increased stress on the sternum.