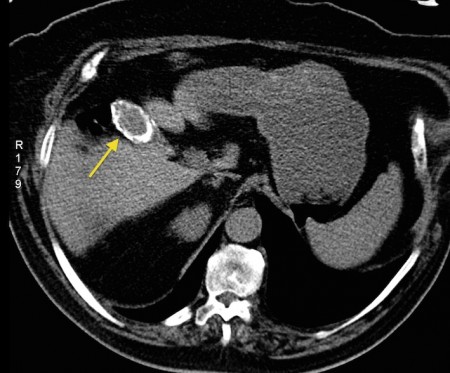 Porcelain gallbladder. This is often an incidental finding, as in this example (CT KUB performed because of suspected ureteric calculus) – dense calcification of the gallbladder wall (arrow). There is an association between porcelain gallbladder and gallbladder carcinoma; while it was previously considered to be a premalignant condition, the incidence of cancer is now believed to be considerably lower than was initially thought.