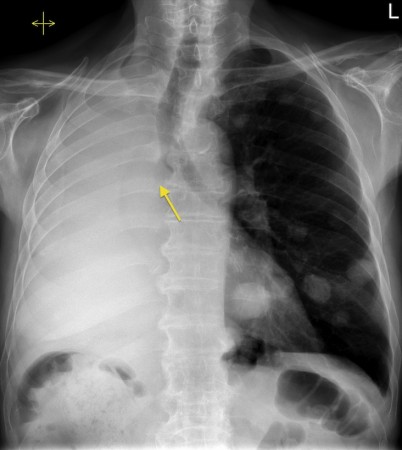 Metastatic lung cancer. This patient presented with advanced lung cancer. His CXR shows complete opacification of the right hemithorax, which is due to a combination of complete collapse of the right lung and a large malignant pleural effusion. The right lung had collapsed due to a large tumour obstructing the right main bronchus (note the abrupt cut-off in the bronchus, arrow). The resultant volume loss in the right hemithorax has resulted in shift of the trachea to the right. There are multiple large metastases in the left lung.